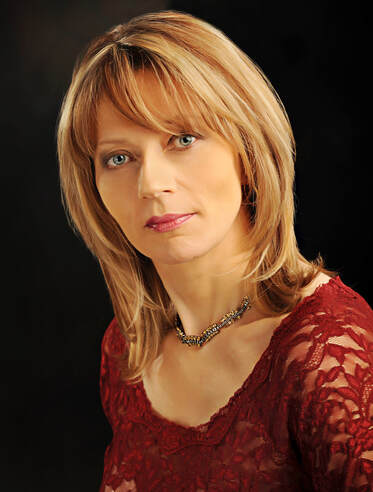 ​Polish-born pianist, Dr. Ivona Kaminska Bowlby, is among the most versatile artists and pedagogues of  the Pacific Northwest. Aside from an engaging career as an instructor for gifted students, Dr. Kaminska also serves as president of the Seattle International Piano Festival and Competition, and the artistic director and co-founder of the Chopin Academy of Music in Washington State. Together with her husband, Dr. Christopher Bowlby, she has developed one of the most original international piano competitions of today, the “SIPC”, which was recognized by the Wall Street Journal in 2010 as one of the world’s most inclusive of such events in today’s music scene.
​
Dr. Kaminska maintains a busy concert schedule as a soloist and chamber musician, having performed in such venues as Weill Recital Hall at Carnegie Hall in New York, and Nordstrom Recital Hall at Benaroya Hall in Seattle, Atherton Recital Hall in Hawaii, the Mozarteum Festival in Austria, the Center for Contemporary Art in Warsaw, Castello Visconteo Sforzesco di Galiate, Italy, Salle Cortot, Paris, and many others. Sought-after as an adjudicator, she has judged several MTNA competitions and local festivals, as well as the 2014 and 2016 Thalberg International Piano Competition in Naples, Italy. As an established educator and lecturer, she presents often for MTNA chapters. Her lecture on the “Secrets of Winning a Piano Competition” was featured at the Music Teachers’ National Conference in New York City in 2012. The lecture recital on a the topic of Polish national dance music of Chopin has been featured in many summer programs and MTNA regional conferences.

Dr. Kaminska’s versatile musical background stems  from her international and extensive studies. She has been awarded post-graduate degrees and diplomas from prestigious institutions of three different countries: Masters of Arts and Post-Graduate Performance Diploma from the Frederic Chopin University of Music, Warsaw, Poland (1992 and 1993), Masters of Music from University of Nebraska-Lincoln (1998), and a Doctorate of Musical Arts degree from the University of British Columbia in Vancouver, Canada (2003). During her studies in both North America and Europe, she received numerous scholarships and fellowships, and was a prize winner of several concerto competitions in the USA as well as a prize winner of the Contemporary Chamber Music Competition in 1993 in Warsaw.

She received many other prestigious national awards, including the Batory Foundation Scholarship, Poland, among others. She has participated in the Salzburg Music Akademie, Austria, Schleswig-Holstein Music Festival, Germany, as well as the music program in Duszniki-Zdroj, Poland. Some of her most influential teachers were Tatiana Shebanova, Andrzej Stefanski, Dr. James Cook, Dr. Mark Clinton, Dr. Henri-Paul Sicsic, Marek Jabłonski, and Boris Bloch.

Aside from her in-depth studies of the music by Chopin and Schumann, Dr. Kaminska devoted a large part of her North-American studies to the issues of Baroque Performance Practice on organ, harpsichord, and its applications to the modern piano. During her studies of J.S. Bach’s Performance Practice issues, she worked with such eminent Bach-scholars in the discipline as Dr. George Ritchie, Quentin Faulkner, Igor Kipnis, and Gregory Butler.