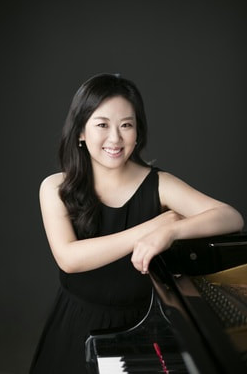 Dr. Kookhee Hong, Executive Director & Founder | Dr . Kookhee Hong is an active performer, educator and award winner.After she moved to Los Angeles, she was invited to adjudicate in SYMF, Junior Bach Festival in California, and many festivals. She serves as a director of Junior Chamber Music in Inland Empire Branch, a board member in Music Teachers’ Association of California, and an adjunct professor at Irvine Valley College.  There have been competition winners from her private studio including Young Artist Guild in 2013, prize winners from SYMF, Theme Festivals and MTAC competitions. Her students have been successfully getting accepted at major conservatories in the States with scholarship. Before she moved to LA, she was on faculty at the Manhattan School of Music. There, she was an instructor for keyboard requirements, and an assistant of Dr. Solomon Mikowsky in the pre-college and college division, and a guest teacher to help students prepare for juries. At her private studio in New York, she assisted students in preparation for the entrance exams of major conservatories, organized study guides for music history and music theory students, and coached students to succeed at the entrance exams and be admitted to the Doctor of Musical Arts program at the Manhattan School of Music, the University of Maryland, and the University of Michigan.

Dr. Hong holds Doctorate of Musical Arts, Professional Studies, Master of Music, Bachelor of Music degrees from Manhattan School of Music, under the direction of Dr. Solomon Mikowsky. She is currently working on her book, The Teaching Legacy of Solomon Mikowsky and will be published in English, Spanish, Korean and Chinese.
​
Dr. KookHee Hong is an accomplished musician. A consummate performer, Dr. Hong is gifted on stage as a pianist, and the myriad of accolades she has been honored with gives evidence to her aptitude and talent. Not only does she have a gift of music, KookHee also teaches so that she can help pass on her knowledge to her students. Undeniably, Dr. Hong has spent her life devoted to bringing music to others and has enriched the lives of many with her passion for piano. ​​ 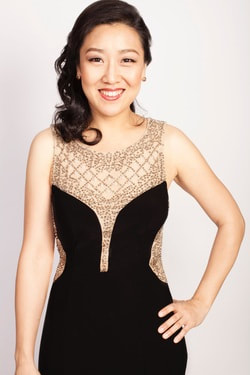 Dr. Minji Noh, Creative Director | Praised as a “superb pianist” by the Boston Globe, Dr. Minji Noh is active as a soloist and a chamber musician.  She started her piano career at age nine as a soloist with the Baroque Symphony in South Korea and has appeared with the others like Young Musicians Foundation Debut Orchestra, LA Sinfonietta, State Academic Orchestra of Ukraine, Orange County Symphony, La Mirada Symphony, and Bellflower Symphony.  Dr. Noh has performed all over the United States in well-known venues such as the Jordan Hall, Los Angeles County Museum of Arts, The Lied Center, Orange County Performing Arts Center, Bowdoin College, Bates College, University of Ontario of Canada, Boston University, and University of California at San Diego. A strong believer in collaboration in music, she is a founding member of Trio Alectrona and Duo Art (piano duo).  Her playing has been broadcast on South Korea’s KBS (Korean Broadcasting System), Irvine Public Television, and Wellesley Public Television, and has been heard on radio stations such as KUSC FM 91.5 and GBC 1190 AM of Los Angeles, California.

An avid interpreter of new music, Dr. Noh premiered A Piano Piece by Christian Wolff at the New England Conservatory of Music’s PianoFuture Festival in 2007 and worked with Steve Reich in the New Music Festival at Jordan Hall, Boston the same year.  The Boston Globe described Dr. Noh’s performance of Stockhausen’s Kontakte as “unrelenting”.  Her recent project includes a lecture-recital on use of musical quotation in post modern works by George Crumb, Charles Ives, Helmut Lachenmann and John Zorn.

Dr. Noh has won numerous awards in piano performance including top awards at the Long Beach Mozart Festival, the International Young Artists Peninsula Music Festival, the CAPMT (California Association of Professional Music Teachers) Bartok Festival Statewide, Los Angeles Liszt International Liszt Competition and the MTAC (Music Teachers Association of California) Concerto Competition.  She has worked with renowned teachers such as Jerome Rose, Gabriel Chodos, Victor Rosenbaum, Young Hi Moon and Barry Snyder.  She graduated from both the Oberlin Conservatory (B.M.) and the New England Conservatory (M.M. & G.D.) as a scholarship student.  Her principal teachers include Patricia Zander, Angela Cheng, Stephen Drury, Antoinette Perry and Ick-Choo Moon.  Dr. Noh completed a doctoral degree in piano performance at University of Southern California under the tutelage of Norman Krieger.
​
In addition to performing, Dr. Noh is passionate about teaching and serves on the boards of non-profit organizations such as the MTAC (Music Teachers Association of California), JCM (Junior Chamber Music), and CAPMT (California Association of Professional Music Teachers).   As an educator, she serves as an Adjunct Professor of Music at Irvine Valley College and manages an award-winning studio in Orange, California. ​