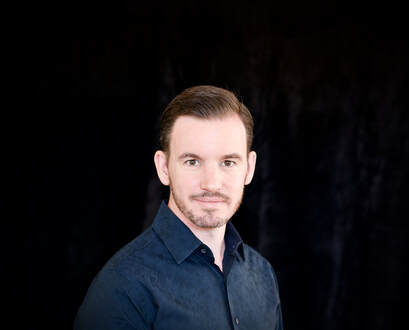 ​South African-born pianist Stephen Pierce enjoys a multi-faceted career as a respected teacher, presenter, performer, adjudicator and scholar. At the USC Thornton School of Music, he oversees the secondary piano and keyboard pedagogy programs and teaches applied piano, courses in piano pedagogy and keyboard literature. Pierce also teaches piano privately in Pasadena, CA, and at Interlochen Arts Camp in Michigan each summer. His students range in age from 8 to adult and have won awards for their playing at the local, state and national levels.
Pierce holds degrees in Piano Performance from the University of Cincinnati College Conservatory of Music (CCM) and the University of Pretoria, South Africa, as well as two licentiates of music from the University of South Africa (UNISA). At the University of Pretoria, he graduated as the top student in the Faculty of Humanities and was honored with the Vice-Chancellor and Principal’s medal for academic excellence. At CCM, he won the award for teaching excellence for graduate teaching assistants. Pierce’s mentors include Joseph Stanford, Frank Weinstock and Michelle Conda.
Pierce has performed in the USA, Canada, Czech Republic and throughout South Africa with artists such as Carol Wincenc and the flutists of the Los Angeles Philharmonic Orchestra. During his studies in Cincinnati, Pierce performed with the CCM Philharmonia as a result of winning the CCM Piano Concerto Competition. In South Africa, he has performed with orchestras such as the Natal Philharmonic, the National Symphony and the Chamber Orchestra of South Africa. He has won prizes and awards for his playing including second prize and two special prizes at the UNISA National Piano Competition in South Africa. He has also received awards for his teaching including the D.J. Rhoode Overseas Scholarship for Piano Pedagogy from the University of South Africa (UNISA). In addition, his performances have been broadcast on South African television and radio.

​A regular speaker and clinician throughout the US and South Africa, Pierce has presented masterclasses, workshops and lectures in South Africa and the United States. He has also given innumerable pedagogical sessions at institutions throughout the country, at conferences such as the MTNA National Conference and the National Conference on Keyboard Pedagogy (NCKP), as well as for arts entities such as The Gilmore. His articles, reviews and other written contributions have appeared in journals such as American Music Teacher, Piano Pedagogy Forum, The California Music Teacher, and The South African Music Teacher, as well on the Royal Conservatory of Music (RCM) Online Teacher Portal and the Yamaha Educator Suite. At present, Pierce serves as editor of CAPMT Connect, the official journal of the California Association of Professional Music Teachers (CAPMT).
Pierce is also a proud member of the Royal Conservatory of Music (RCM) College of Examiners, an RCM Certified Teacher and a RCM Academic Ambassador. At USC, he helped co-found the Musician’s Wellness committee, is the co-faculty advisor for the MTNA USC Collegiate Chapter and previously served as the Pi Kappa Lambda Eta Chapter Secretary for eight years. At the state level, Pierce is the current Collegiate Chapter State Chair and District 9 Director for the California Association of Professional Music Teachers (CAMPT), while formerly serving as the CAPMT Vice President for Conferences. At the national level, Pierce has been a member of the planning committees for both the MTNA National Conference and the National Conference on Keyboard Pedagogy (NCKP), while previously serving on the prestigious MTNA e-Journal Editorial Committee, the MTNA Teacher Enrichment Grant Committee.