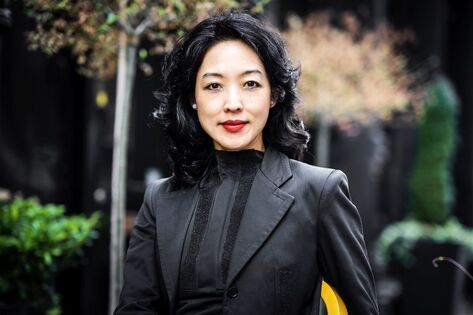 Described as “a musical phenomenon” (Pianiste magazine), Canadian pianist and Yamaha Artist Lisa Yui enjoys a multifaceted musical career as performer, lecturer, teacher, author, and musical director. Since making her concerto debut at the age of seven, Lisa Yui has performed throughout North America, Europe, and Asia as a recitalist and soloist with orchestra. She is the top prizewinner of the Senigallia International Piano Competition in Italy, the Super Classics International Auditions in Tokyo, and has twice been the recipient of a Canada Council Scholarship.
Lisa Yui has performed as soloist with prominent orchestras such as the Tokyo
Symphony, Polish National Radio, Toronto Symphony, Edmonton Symphony, the Montreal Metropolitan Orchestra, and the Krakow State Philharmonic. Her    performances have been broadcast on WQXR (New York), CBC (Canadian In Broadcast Corporation), CJRT-FM (Ontario, Canada), and STV (Sapporo, Japan). She has performed in Suntory Hall in Tokyo, Roy Thompson Hall in Toronto, Théâtre du Châtelet in Paris, and the Liszt Ferenc Memorial Museum in Budapest, among other major concert venues around the world.
​ 2005 Ms. Yui was chosen from over 1000 applicants as one of the few Canadian artists to participate in the World Exposition in Aichi, Japan, where she performed and hosted in English, Japanese, and French. She performed a program of works by Liszt, Ravel, and Canadian composers Francois Morel and Colin McPhee. She has been invited twice to be the featured guest artist on the 101 Days Around the World Tour of the Japanese cruise ship Nipponmaru.
As a lecturer and performer, Ms. Yui originated The Lives of the Piano, Manhattan School of Music’s first piano lecture/concert series, now in its 21st season. She has been invited as a guest lecturer to many distinguished universities and conservatories around the world. She has performed and given masterclasses in various music conferences, including the MTNA National Conference and NAMM.
Lisa Yui has worked extensively with the Yamaha Disklavier, having given numerous performances, including a solo recital of music for four hands, two pianos, and piano and orchestra, as well as long-distance “remote lessons.” A short film on her work with the Disklavier, sponsored by Cisco, was filmed in 2010.
Lisa Yui’s CD of the music of Carl Maria von Weber and Jan Ladislav Dussek was awarded the highest rating, the “Pianiste Maestro,” by the French music magazine, Pianiste. Her DVD/Blu-ray recording of four Beethoven Sonatas with commentary was released on the Aurora Classics label, garnering rave reviews.
Lisa Yui’s insightful writing on music has appeared in numerous publications such as Clavier Companion, EPTA Journal, and Listen, on a variety of topics including the life and influence of the virtuosic 19th-century pianist Marie Pleyel, on whom Dr. Yui wrote her doctoral thesis.
Lisa Yui’s principal teachers and mentors include Giovanni Valentini, Byron Janis, Marc Silverman, Oxana Yablonskaya, Edna Golandsky, David Dubal, Jean-Paul Sevilla, and Leonid Hambro. She received her bachelor’s degree at the Juilliard School, where she
received the Humanities Award, and her master’s and doctor of musical arts degrees at Manhattan School of Music, which awarded her both the Roy M. Rubinstein Award, given to a graduate with exceptional promise in piano, and the Helen Cohn Award as outstanding doctoral graduate.
In addition to producing The Lives of the Piano series at Manhattan School of Music, Lisa Yui teaches graduate piano literature, keyboard skills, Historical Recordings of Great Pianists, and The 32 Beethoven Sonatas at Manhattan School of Music, where she is also Associate Dean of Assessment and Academic Programs. She is the recipient of the School’s 2018 President's Medal for Distinguished Service.
Previously, Lisa Yui has been on the piano faculty at John J. Cali School of Music at Montclair State University, served as department chair of the Music Advancement Program at the Juilliard School, and taught a course on the social history of the piano at Marymount Manhattan College. She has frequently served as a member of competition juries, including the National Finals of the Stepping Stone of the Canadian Music
Competition and the Canadian Chopin Competition.